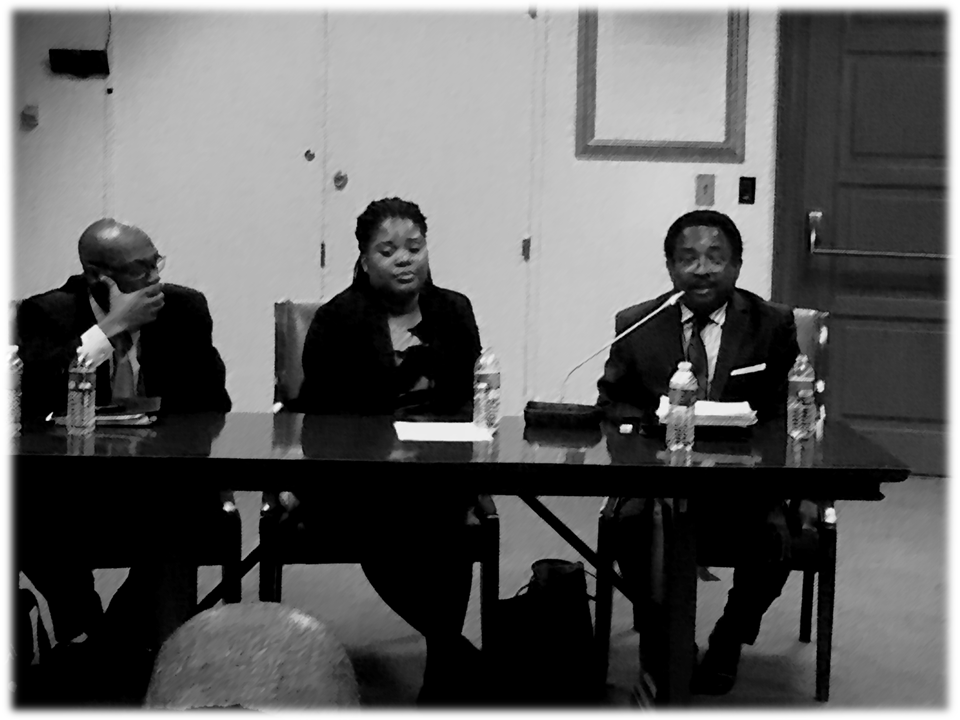 The Nigerian Lawyers Association (NLA) and The African Cultural Alliance of North America (ACANA) teamed up to discuss immigration reform and the implications for African communities.  The round table conference took place on December 3rd, 2013 at the U.S. District Court in New York.   Aptly titled Comprehensive Immigration Reform and the African Community featured, the conference was moderated by Chioma Azi and featured the following panelists:

The panelists touched on a variety of immigration related issues by responding to questions of citizenship, employment opportunities, green card for family members, diversity and representation of blacks in immigration discourse and ways to improve outreach within African communities.

Mr. Annobil acknowledged that the proposed bill created paths to citizenship, but not without loopholes or traps. For instance, the Registered Provisional Immigrant (RPI) status has some limitations such as restricting access to citizenship for a number of years regardless of marriage to a citizen. It also requires at least 5 years of continuous residency for a green card eligibility, which will not be processed until everybody else currently in the system gains permanent residence. So while viable, it can take 12-15 years.

Mr. Annobil also talked about the differences in the path for DREAMers (people who were brought to the US as children and arrived before the age of 16) vs. people who have obtained deferred action for childhood arrivals (DACA). Those who have already received deferred action under DACA have an accelerated path on RPI status and only need to remain RPIs for 3 years and will be streamlined into the RPI status.

Ms. Omede responded to the question of hiring practices for employers and undocumented workers.  She stated that though the proposed legislation expanded e-verify and mandated employers to participate in it, the implication for hiring undocumented employers by employers was too early to determine. 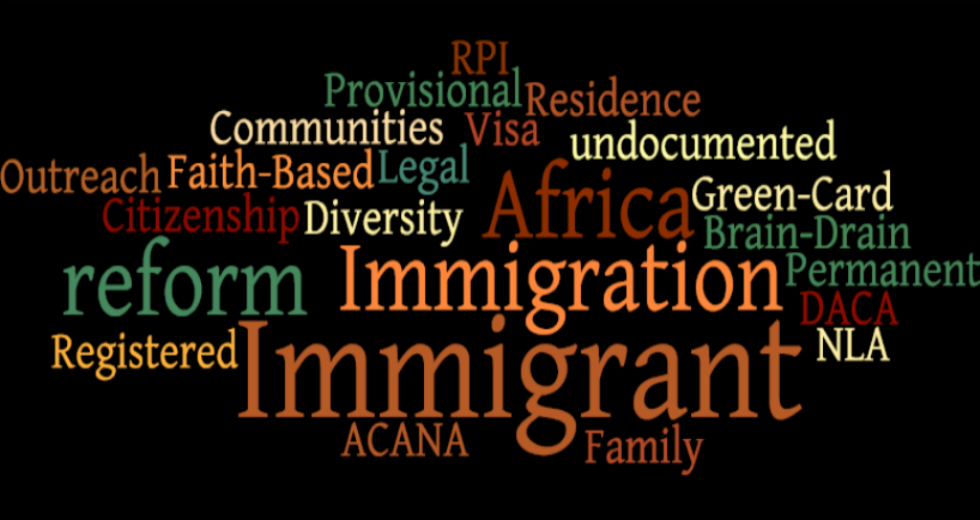 The proposed legislation will bring significant changes to family based immigration. According to Professor Essien, spouses and children of Lawful Permanent Residents will now be considered immediate relatives; however, siblings will no longer be grouped as immediate relatives for the purposes of filing. He also stated that applications already in the system will be honored.

The face of immigration reform in the United States in unarguably Latino with Blacks comprising a relatively small percentage, thereby relegating them to the background during national discourse on immigration reform. Professor Essien noted that although Blacks made up only 4% of immigrant population, it was still a significant amount of people. He advocated for collaboration between different African communities, organizing to represent African’s interest the same way as Latino and Asian communities. Ms. Falls echoed his sentiments stating that Black immigrants needed to better organize themselves by utilizing all available media as a means of engagement. She also suggested that partnerships with faith based organizations would help with outreach and information dissemination.

It isn’t news that the DV program has been suspended for several African countries due to exceeding the quota of immigrants that can migrate from those countries within a given time frame.

Ms. Omede, Professor Essien and Mr. Annobil pointed out that the elimination of the Diversity visa program, and implementation of the 10,500 visa set-aside for African/Afro-Caribbean immigrants will affect the African community in the following ways. The DV will be replaced with the merit system. The elimination of diversity visa will have a huge impact on African immigrants because the merit system benefits individuals with advanced education. With the DV, applicants only needed a high school diploma or an equivalent. But with the merit system, there is an emphasis on people with education, particularly in the STEM fields (science, technology, engineering and mathematics)

Mr. Williams said that for those considering coming to the US, but don’t have the option of the DV program, they need to understand that the proposed legislation may expand the time limit to apply for asylum beyond the current one year deadline from arrival in the United States. This is important because many people who have suffered trauma or been the victim of persecution may not be aware that they are eligible to apply for asylum. Asylum is still an option for some African immigrants who are fleeing persecution in their home countries.

Mr. Annobil & Professor Essien commented on the issue of brain drain stating that the reform is shifting away from a family based focus towards more of a business and employment focus. The bedrock of the US immigration system had been based on family reunification. But with the changes bringing a merit system and the benefits given to people with STEM backgrounds the US is trying to serve its needs by bring people to the US which it feels will add and benefit the country. And it serves a lesson to African countries that will face a brain drain to respond and do what it can to make their countries appealing for their nationals to return to after schooling or working abroad. The US is changing its approach to immigration and wants to attract the best talent possible in the areas it thinks will make it successful in the future.

Ms. Falls and Mr. Annobil acknowledged the existence of a knowledge gap about immigration issues and laws from Africans and other immigrant population. Ms. Falls emphasized the need to educate clients about these issues, stressing that this is one of the most important thing that an advocate could do for the community. Mr. Annobil also added that one of the key duties of embassies was to make information readily available for their nationals on the embassy premises.

Ms. Fall and Mr. Annobil further added that the challenges faced by immigrants seeking legal assistance were the fear of sharing and informing others about their status for fear of being reported or caught. Other barriers included language and sometimes nationality due to lack of information specifically tailored to meet the need of a particular group.

The panelists stressed the importance of outreach, which would involve bringing up immigration issues more frequently in atmospheres and environments where Africans are most comfortable such as churches, social gatherings and parties. Word of mouth is a powerful tool among African communities, and short conversations can help spread information about available resources and where community members can receive help and assistance with immigration problems.  With some assistance, advocates can quickly learn that immigrants are eligible for certain types of relief, such as a U visa for individuals who have been victims of certain crimes or a T visa for people who have been trafficked, or even special immigrant juvenile status for certain children who are facing deportation. It’s all about educating the African community about their options and where they can receive help with immigration related issues.