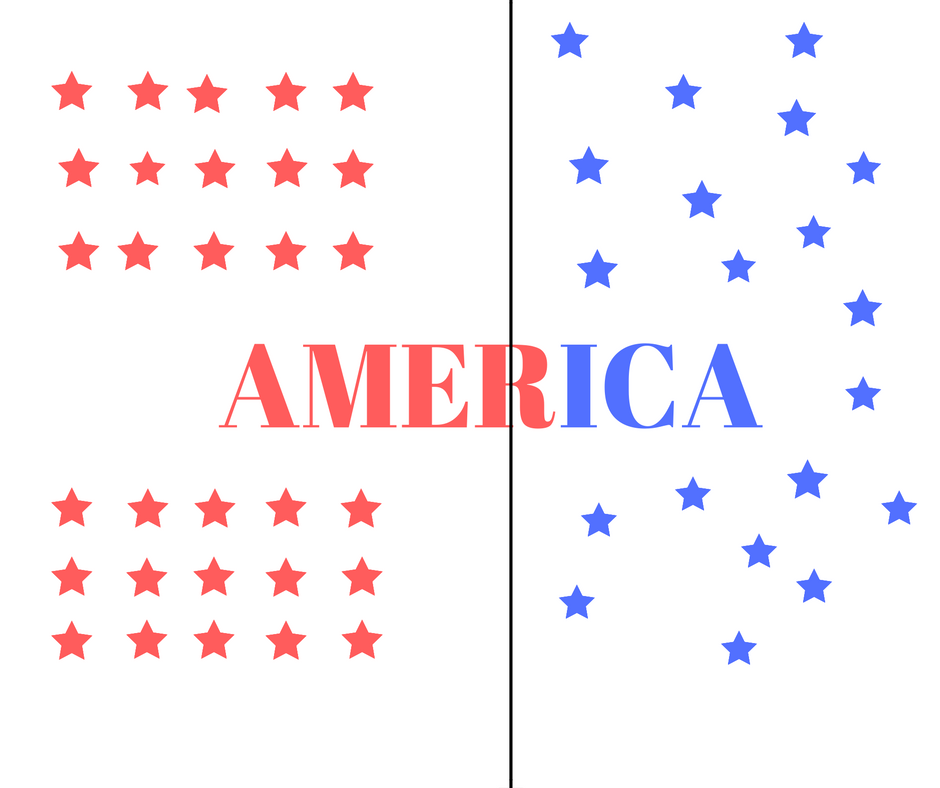 If you are feeling like a good chunk of America, you may be still reeling from the outcome of Tuesday’s US presidential election. Many people are feeling shocked, worried, saddened and angry at Tuesday’s outcome, while others are feeling jubilant and hopeful for what is to come. Some of us may even be finally getting serious about moving back home! Clearly what we have learned is that similar to Nigeria and most other African countries, deep divisions exist within America. While Americans may all speak the same language and share other historical and cultural & religious commonalities, America also suffers from its own version of “tribalism.” This American tribalism is causing deep resentment, bitterness and in some cases, hatred for “the other side,” and is threatening to set America back rather than move it forward. Where have we seen this before?

Tuesday’s election was another reminder that there are two Americas. But bitterness, name calling and most of all refusal to look deeper to understand why others think differently than you, will only deepen the divide.  While it’s perfectly understandable and reasonable to be fearful and angry at people who have views that you may find highly offensive or disturbing, it’s important to also remember that even people who think differently than you or voted differently than you are still people. Bitterness or anger towards someone who thinks differently than you without an attempt to understand why quickly turns into blind hatred, and blind hatred becomes a slippery slope down into the abyss of dehumanization. We have seen too many examples throughout history of how resentment for the “other side” turned into all out genocide, all because of the inability to see someone who looks different or thinks differently, as a human being. And as we all know, Africa has been a victim of this time and time again.

For five years, PNP has strived to be a force in the African community in Greater Philadelphia

Ironically, if we look deep enough at almost all of the conflicts that have ever existed (and continue to exist) in the world, they are often over something that all of us want as humans: and that is a very basic economic means to support ourselves and our families. But when we become so wrapped up in hating each other, it becomes very easy to lose sight of this basic need that every person has. Certainly the divisions that form and exist within American society (like Nigerian society) are complex, and cannot be explained by only one thing. And it is also true that there are people in this world who breed, thrive on and promote hate purely for the purpose of personal gain or to create chaos. But to combat divisions and hate, we have three alternatives: to remain in or retreat further in our own beliefs, to do nothing or to make an attempt to change and be the change we want to see.

No matter which candidate you voted for on Tuesday, now more than ever is the time for each of us as individuals and as a whole to come together. For five years, PNP has strived to be a force in the African community in Greater Philadelphia. Our motto- Connect.Grow.GiveBack is a reflection of this effort. We want to first and foremost connect Nigerians and Africans in the region to each other through events. We want to grow our community and we want to give back to our community through charitable and volunteering efforts, to ensure that we are having a positive and lasting impact on our environment. No matter who holds the highest office in America, the greatest impact we can ever have is locally in our own backyard. If we as a people cannot work together in our own communities to sort out local problems, or if we are too lazy or indifferent to devote a few hours a year to making our communities stronger, than we cannot be surprised when divisions form and we cannot expect to be able to thrive as one.

So we urge each and every one of you: don’t forget to give back. It is possibly the easiest and most effective thing you can do to build understanding, trust and unity.